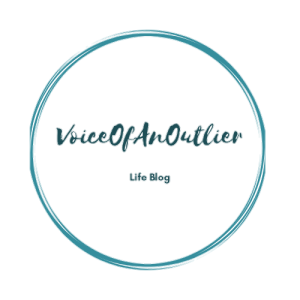 Before there were sports, electronic gadgets, music, or any other forms of entertainment from which we derive pleasure, our first taste of pleasure came from sex. In the earliest part of humans history, sex had a monopoly on pleasure. Without social stigmas attached to sexual expression, people were more honest with their promiscuity; there were even some societies where women were so sexually free that polyandry (a marriage in which one woman has two or more husbands) was a normal practice. Being that women were polyandrous in these societies, they were the only parents that were acknowledged; with no father’s rights, mother’s rights reigned supreme. The peoples of these societies saw life through the eyes of women and traced their DNA and heritage matrilineally. But soon it became clear that sex produced more than just pleasure, it also produced families, the original Pilar of society and social structure, which paved the way for political and economic power in society. Sex became political. Men started to see the sexual freedom of women as a threat to father’s rights and patriarchal hegemony, so in order to cement both in society, they stigmatized women’s sexual freedom, politicized their gender, and popularized their sexual repression. And thus a pseudo — monogamous society was born; a society where women were handcuffed sexually, men put on the mask of monogamy, and cheating from both sexes became a plague that feasted on relationships until emotional pain is the only thing that’s left.

We’ve to ask ourselves, why is it that the vast majority of us will have multiple sexual partners throughout our lives time? And why is it that so many of us humans cheat? Some will point to the “law of desirability” for the answer to both these questions. There is a before and an after to every desire, our appetite doesn’t stay the same after we’ve tasted that which we craved. The nature of desire gradually changes after we have finally got what we want and sometimes this drives us to desire something new. Monogamy is monotonous to some people, they believe that it’s only natural for them to experience something new with someone new after they have been with someone for a certain period of time. So they hop from relationship to relationship while still proudly hold on to what they consider to be the moral compass of monogamy. But in reality, many people are sexual chameleons that become whoever they need to be in order to be with whomever they want to be with. It’s a common belief that women are more monogamous, less promiscuous, and therefore cheat less than men; they biologically make up plays a major role in these matters. Relationship was first formed within the bodies of women; intimacy, bonding, and commitment were originally developed within their own beings as they were gestating life into being. Intimacy, bonding, and commitment didn’t remain in utero nor only with their child, they carried them over into their relationships with their significant others. But with men these qualities didn’t come naturally to us, we had to learn them. Polygamy was humanity’s first choice of sexual expression, but politics, religion, and social stigmas had forced most people to do away with it. However, if many of us should dig deep within ourselves we would unearth the relic of our previous polygamous proclivity. And sometimes the residue of this polygamous proclivity of ours creep to the surface and manifest itself in cheating and promiscuous ways that are not aligned with our current monogamous relationship.